The project was started over three years ago. The ambition of the project was to record the changing environment of the North West England. Fiddlers Ferry is part two, of four parts, of this ambitious art project that has run from 2015 through to 2025. One decade of Art.

The painter, Shaun Smyth, began sketching the new construction of the Mersey Gateway bridge in 2015. it was completed towards the end of 2019 and exhibited at the Brindley Theatre Gallery. Lee Harrison, joined the team as photographer to add another dimension to the studies of Fiddlers Ferry Power Station. Shaun, Lee and Denis (painters TUBES®) worked closely together to bring this part of the project to reality. The first part of Fiddlers Ferry is shown by painter TUBES® in the VR gallery in two sections. with both monotone and colour, drawings and photography. The selected work is curated over in two galleries, one for Shaun and one for Lee and over four rooms.

The Fiddlers Ferry Exhibition will be installed at the Warrington Art Gallery and Museum in June 2022.

A preliminary catalogue is available delivered by post for £10 (go to www.tag-tubes.com). The full exhibition will be exhibited at the Warrington Art and History Museum opening June 2022.

Below is the Introduction from the catalogue for the exhibition written by the Curator for Tubes Artists Gallery.

The Mersey Gateway Bridge was one of the most important infrastructure investments in the UK for many decades. The ambition to connect the Mersey area with a 21st century road transport network to the Northern England was indeed worthy of political praise. This elegant looking bridge is a remarkable feat of engineering. It was  achieved by both UK and globally contracted specialist construction companies, who came up with the goods for the entire project, from start to finish.

Shaun Smyth had the great insight and pressing desire to record how the future marvel of engineering would be put together and record it with his singularly unique artistic eye. I first came across Shaun’s paintings in 2017 when I caught glimpse of a number of examples of artwork of the ‘Bridge’ paintings and drawings on social media.

For me it was the drive behind the artistic project that caught my imagination, even more so than the bridge itself. I soon came to understand and respect the sheer artistic dedication that Shaun was applying to the task of recording for posterity this astonishing construction from the very start of the building of it to the fully operational and premiere opening day of the new Bridge.

When I visited the artists studio to view the work, the extent of his dedicated attention to the creation of truly unique art for the bridge project came quickly into focus.  However, I also viewed work created previous to this huge undertaking of the Mersey Gateway Bridge. Shaun’s talent and attitude to art in general creation was and is, truly impressive.  The passion, attention and experience he gained from the Mersey Gateway Bridge project was perfected in the Fiddlers Ferry Project. Here the artist was joined (by way of discussions with painters TUBES) by Lee Harrison, a talented locally known photographer. The concept was to record the Fiddlers Ferry Power Station in operational condition before it was decommissioned in March 2020. Again, not unlike the Bridge,  this project was to record the historical culturally important structure for posterity.

Shaun’s Art extends to education, as a teacher, his authentic and enthusiastic approach to painting and drawing is transferred to his students on a daily basis.  The artists justifiable pride of the students achievements in art and their advancement as young artists is part and parcel of his life, which is typical of his belief in the importance of original Art creation in a 21st century society.

So far the only exhibition of the Mersey Gateway Bridge that has been was exhibited with support by the Brindley Theatre, Halton Borough Council, Bell, Lamb and Joynson Solicitors and painters TUBES magazine at the Brindley Theatre Gallery.  It is a nice venue but only a small part of the Art for the Bridge could be shown. A video was created and a catalogue was produced by painters TUBES.  The exhibition at the Brindley demonstrated Shaun’s attention given to the Bridge throughout the construction process from 2015 to 2018.

The  Fiddlers Ferry and the Mersey Gateway Bridge art project  on painters Tubes new enlarged virtual reality gallery is only a small example of the huge bank of work created.  Painters TUBES have mounted a smaller VR exhibition in 2020 to bring the Fiddlers Ferry art project to the general public. In the first ten days of that show opening it was visited by over 10,000 individuals, which demonstrates the interest that the people of North West England have in their cultural inheritance.

The two projects of the Bridge and the Power station are related, not only by the artists and their geographical close proximity to each other, but also by the cultural importance of two of the most iconic structures in the North West of England. The first being historically related to the industrial revolution and the second to the new attitude of a country that is now looking towards a future which the people have direct control over their own democratic political choice of whom Governs them.

Painters TUBES® Magazine and Painters TUBES® Gallery supports the concept that these art projects will materialise into one exhibition of paintings with photography, video and an Art book, to help preserve these two major structural impacts on the UK generally  and the subsequent contributory positive effect  on the North West economy that both had had and will have from the 1970’s and into the future.

Painters TUBES magazine and art gallery have supported the Gateway Project and the Fiddlers Ferry for over three years and will continue to so, as we at Tubes believe these art projects are worthy of greater attention, nationally and internationally.

They both demonstrate that visual Art is still one of the prime leaders in the ongoing development of humanity by ensuring these two art projects are historical positive markers that are clear and visible for future generations. 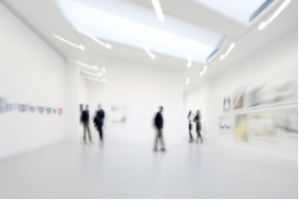 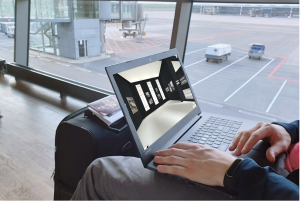